This week's conversation development expert is Jeff Blankenburg, Alexa Evangelist. Learn how he's leveling up the next generation of voice.

Tune in as Emily Lonetto, Head of Growth at Voiceflow, sits down with Jeff Blankenburg to talk about his experience teaching developers how to leverage Alexa and what he's discovered over the past few years growing with voice.

Jeff Blankenburg spent the early part of his career in digital advertising, building websites for Victoria’s Secret, Abercrombie & Fitch, and Ford Motor Company, among others. He also spent 8 years at Microsoft, primarily as an evangelist for any new technology he could get his hands on.

Today, he works on the Amazon Alexa team helping developers make Alexa even smarter. Jeff has also spoken at conferences all over the world, including London, Munich, India, Tokyo, Sydney, and New York, covering topics ranging from software development technologies to soft skill techniques. He also serves as an organizer for the Stir Trek conference. 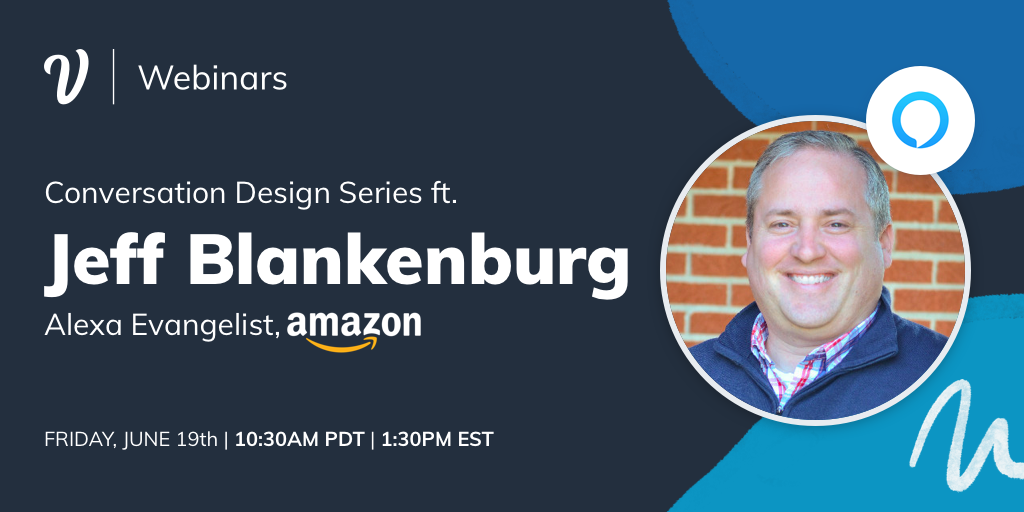